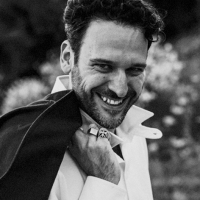 Jacopo Spirei studied arts and drama at the University of Bologna. He began working in theatre as an assistant to several directors, including John Copley, Stefano Vizzoli, Stephen Medcalf and Graham Vick, with whom he collaborated at the Maggio Musicale Fiorentino, the Teatro Nacional de São Carlos in Lisbon and the Bregenz Festival. He went on to direct many important opera productions, including Mozart’s »La finta giardiniera« and »Le nozze di Figaro« in Cortona, »I Pagliacci« for the Wexford Festival, Paisiello’s »La serva padrona« at the Teatro Comunale di Bologna as well as Cimarosa’s »Il matrimonio segreto« and Ravel’s »L’heure espagnole« in Copenhagen. In 2012 his production of »La cambiale di matrimonio« inaugurated the Wiener Kammeroper as a new venue for the Vereinigte Bühnen Wien. At the Salzburg State Theatre he staged Mozart’s »Don Giovanni«, a major success, in 2010/2011 and Gluck’s »The Pilgrims to Mecca« in 2013/2014. Spirei also works for the national Italian broadcasting company RAI and has directed several short films in Europe and the US. In the 2012/2013 season he also staged a double bill of William Walton’s »The Bear« and Maderna’s »Satyricon« at the Danish Royal Opera in Copenhagen.