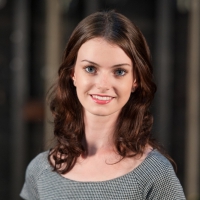 trained at the Tanya Pearson Classical Coaching Academy in Sydney, Australia and is a graduate of the Hochschule fur Musik und Theatre Ballett Akademie, Munich.  Previously Anastasia was a member of the Sydney City Youth Ballet, performing the title role of Cinderella in 2011.  Commencing with Salzburg Ballett as a guest in »Marie Antoinette» during the 2012/2013 season, Anastasia joined the company in 2013/2014 and has most notably danced roles in »Swan Lake«, »Blues im Berg«, »Peter Breuer’s Flying Circus«, »The Nutcracker» and »Dance for Satisfaction« as well as roles in »Im Weissen Rössl» and »Daphne«.