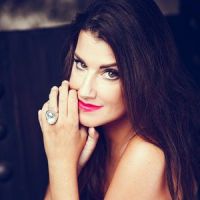 American mezzo-soprano Tamara Gura has been hailed as a “stand-out” by the Financial Times, working her way into the “highest league of mezzo-sopranos” (Neues Deutschland). She is gaining international attention for her “velvet-toned mezzo” (Opera Magazine), her “dazzling coloratura” (Süddeutsche Zeitung) and her “deeply emotional singing” (Opernwelt). She is rapidly establishing herself as one of the most exciting mezzos of her generation – “a true stage animal” (Frankfurter Allgemeine Zeitung).

The 2017/2018 season included her debut at the Liceu in Barcelona in Il Viaggio a Reims, a role debut as Nicklausse in “Les contes d'Hoffmann” in Salzburg, a significant role debut as Adalgisa in “Norma” at the Staatstheater Wiesbaden and the title role in “La Cenerentola” at the Festival of the Aegean in Greece. Concert performances included a gala with Sugi Opera in Seoul, Alto Soloist in Tippett's “A Child of Our Time” in Bangkok, and a concert of Mozart concert arias in London's Cadogan Hall with Christian Zacharias leading the English Chamber Orchestra and broadcast live for BBC Radio 3. Highlights of the 2018/2019 season included her debut at the Teatro San Carlo in Naples as Sméraldine in “L'amour des trois oranges”, a further role debut as Bradamante in Händel’s “Alcina” at Opernhaus Bern under the direction of Nickolaus Habjan, culminating in a tour through Swiss cities including Zürich, New Year’s Concerts with the Munich Philharmonic, a return to the role of Carmen in New York under the baton of JoAnn Falletta, productions as Bradmante in “Alcina”, a Handel CD Recording and further performances in Italy and Germany.