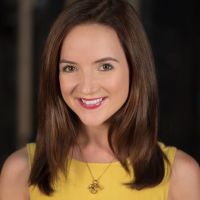 Described as possessing a ‘strongly focused, finely shaped voice’ (Planet Hugill) and ‘Sheridan-Smith like glamour’ (Classical Source), Hazel McBain is a Scottish soprano who recently graduated with distinction from the opera course at the Royal Conservatoire of Scotland under the tuition of Wilma MacDougall. On graduating, she received the Ian Smith of Stornoway Award. Hazel previously graduated with a first class honours from the Royal College of Music, where she studied with Kathleen Livingstone. In the 2016/17 season she was selected to join the Emerging Artists Programme at Scottish Opera where she performed numerous roles. In the 2018/19 season she is a member of the International Opera Studio Gérard Mortier at the Salzburg Landestheater and makes her English National Opera debut.

Hazel is very grateful for the support she has received from the Gillespie Trust, The Dewar Arts Awards, the Cross Trust Awards, the Robertson Trust, the Ian Smith of Stornoway Opera Award, the Basil A Turner Prize and Gillespie Awards.