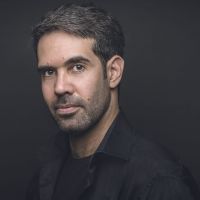 Ido Arad held the position of Kapellmeister and Assistant to the General Music Director at the Deutsche Oper Berlin from 2016 to 2018, where he conducted productions including Bizet’s “Carmen”, Mozart’s “Die Zauberflöte”, Rossini’s “Il barbiere di Siviglia”, Verdi’s “Un ballo in maschera”, “Don Carlo” and “La Traviata”, as well as Meyerbeer’s “Les Huguenots”. His debut at the Deutsche Oper Berlin dates back to 2015, when he conducted Tchaikovsky’s “Eugene Onegin” on short notice.

The 2019-20 season sees his debuts at the Salzburger Landestheater for a new production of Carl Maria von Weber’s “Oberon” and at Teatro Comunale di Bologna with Verdi’s “Luisa Miller”. He also returns to the Deutsche Oper Berlin for performances of “La Traviata” and the Staatsballett Berlin for Tchaikovsky’s “The Nutcracker”.

Recent seasons have included Mr. Arad’s debut at the Semperoper Dresden with Mozart’s “Le nozze di Figaro”, performances of Tchaikovsky’s “The Sleeping Beauty” (“Dornröschen”) and Prokofiev’s “Romeo and Juliet” with the Staatsballett Berlin, as well as concerts with the Philharmonisches Orchester Cottbus and Philharmonie Südwestfalen. He maintains a close collaboration with Maestro Asher Fisch, whom he assisted with productions of”La forza del destino” and “Salome” at the Bayerische Staatsoper in Munich during the 2013-14 season. He again assisted Maestro Fisch in 2018 on “Tristan und Isolde” in concert at the West Australian Symphony Orchestra in Perth and on Richard Strauss’ “Capriccio” at Teatro Real in Madrid in 2019.

Prior to his time in Berlin, Mr. Arad held permanent positions at the Mittelsächsische Theater Freiberg and Stadttheater Bremerhaven, where he was the First Kapellmeister and Deputy General Music Director. During this time he conducted productions including “Tannhäuser”, “Eugene Onegin”, “Don Carlo”, “La Bohème”, “Rusalka”, “L’elisir d’amore”, as well as a number of symphonic concerts.

Guest engagements have taken him to Theater Münster for “Il barbiere di Siviglia”, Theater Freiburg for”Carmen” and to the Anhaltische Theater Dessau for “Il trovatore”. He also conducted a new production of Richard Strauss’ “Salome” staged by Brigitte Fassbaender at Theater Regensburg in May 2017.

Ido Arad was born in Florida (USA) and raised in Tel Aviv (Israel). He studied classical guitar at the Robert-Schumann-Musikhochschule Düsseldorf and conducting with Prof. Lutz Köhler at the Universität der Künste Berlin, where he completed his degree with a performance of Britten’s A Midsummer Night’s Dream.