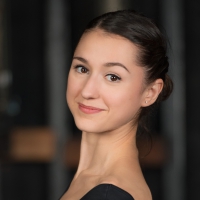 Naila found her passion as a dancer in Barcelona with Carles Ibáñez and became an apprentice in his company. While here, she was awarded a grant by the Federació Catalana de Professors de Dansa. Her passion led her to train with Roser Muñoz and Joan Boix at the Centre de Dansa de Catalunya. Naila then began to work with Tatiana Yerakhavets, where she performed in her company Prodance. At this point she began dancing at the Liceu Opera House in productions including Txaikovsky’s Pique Dame, before moving to Madrid to study at the Royal Conservatoire Mariemma under Marisa Martínez. Here she was a member of the student's company Larreal, performing in productions of Raymonda and Fado. Naila received a scholarship from Madrid Dance Center, awarded by Ivan Barreto whom she would complete her formal training under. She would go on to perform in season 2014/2015 with Il Balletto di Siena, Italy. In August 2015, Naila began her first season with the Salzburg Ballet.