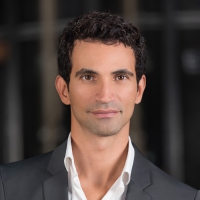 Reginaldo Oliveira, who grew up in Rio de Janeiro, completed his dance training at the Maria Olenewa School, the Ballet Dalal Achcar and Jorge Texeira. In 1998 he won first prize at the Russian Ballet Competition in São Paulo and received a scholarship for the State Academy for Choreography of the Bolshoi Ballet in Moscow. In 2000 he became a member of the ballet company at the Theatro Municipal do Rio de Janeiro, where he rose to the rank of soloist in 2003. With the 2006/2007 season he switched to the ballet company of the Baden State Theater Karlsruhe.
Reginaldo Oliveira presented his first choreography, “Attempt”, in the 2009/2010 season as part of “Choreografen stellen sich vor”, followed by “Torn” (2012). In a large-scale project that was shown in several exhibitions throughout Germany, he worked with Flavio Salamanka and Barbara Blanche in 2012 for the Gerlinde Beck Foundation choreographically and cinematically with sculptures by the deceased sculptor.
Reginaldo Oliveira also created “Across the border”, a solo choreography for chamber dancer Flavio Salamanka for the 2012 gala of the Birgit Keil dance foundation. Following its world premiere, this piece was performed at the 3rd International Ballet Gala in Salzburg, at the Ballet Gala for the 2013 German Dance Prize, as well as at the World Stars Ballet Gala Donetsk and most recently at the 6th Ballet Gala at the Baden State Theater Karlsruhe. This was followed by “Presente” for the gala “Ein Abend für Birgit Keil” in October 2014 and “Attacke” in 2014 and “Eiskalt” for ballet galas at the Baden State Theater in 2014 and “Eiskalt” in 2015. After its premiere, "Eiskalt" was, among others, also successfully performed in Brasília at the Festival Internacional de Dança de Brasília.
Also at the Badisches Staatstheater, the first commissioned work “Der Fall M” was created as part of the ballet evening “Mythos” in 2014. Bruna Andrade, the Medea dancer, received the German Theater Prize “Der Faust” in the category “Best Actress Dance” for her role interpretation in this work. Another success was the choreography for the State Ballet as part of the opening show for the 300th birthday of the city of Karlsruhe in 2015.
This was followed by Reginaldo Oliveira's first full-length narrative ballet with “Anne Frank”, which was premiered in April 2016 at the Baden State Theater Karlsruhe and was a great public success. This creation also found attention in the critics' surveys of various dance magazines. Amongst other things, Reginaldo Oliveira was named "Choreographer of the Year" by Angela Reinhardt in the magazine "tanz".
In the autumn of 2017 Reginaldo Oliveira made his debut as the new chief choreographer of the Salzburg State Theater with “Medea - Der Fall M.” as part of the “Dionysien” in the Felsenreitschule, which was celebrated by the public and the press. This was followed in May 2018 by“Balacobaco”, a ballet feast for the Brazilian way of life for the opening of the venue in the new rehearsal center in Aigen. With “Othello”, ballet director Oliveira created a full-length narrative ballet for the audience of the Salzburg State Theater for the first time in November 2018.