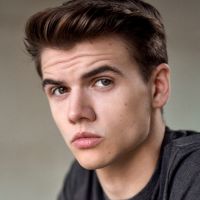 Stephen Martin Allan born in Glasgow, Scotland trained as a child actor at the Glasgow Academy of Musical Theatre Arts from the age of 12. At 16 years old securing a full scholarship to Canadas National Ballet School with no ballet training prior to this. At 18 years old, Stephen moved to London to pursue theatre training at the Guildford School of Acting, University of Surrey, where he attained his BA in Theatre. Stephen was offered his first professional role as Mr Mistoffelees at 18 years old in Cats the Musical, Vienna with VBW. This was achieved after his first year of training at GSA, allowing him to complete his final years for his degree online whilst doing CATS for three years at the Ronacher Theatre. Throughout his life, Stephen has achieved many awards and built an extremely supportive fan base in vienna which he is forever grateful for.