By Arrangement with BB Group GmbH and The Rocky Horror Company Ltd.

“I see you shiver with antici…” To say that Richard O’Brien’s musical play (1973) causes a shiver of anticipation would indeed be an understatement. With the release of its film version two years later, this traumatizing and dizzying roller-coaster ride through science fiction, glam rock, pornography and horror film aesthetics irrevocably became an iconic hit. It all starts innocently enough: Janet and Brad are a slightly dull young couple who are newly in love when their car breaks down in the middle of nowhere. They seek help at an old castle nearby – and stumble into a wild orgy of aliens from the planet Transsexual. Among them is Dr Frank-N-Furter, who is about to reveal his latest invention: an artificially created, well-built man named Rocky, whose exclusive purpose is the – sexual – pleasure of the scientist. It soon turns out that Frank-N-Furter has a few skeletons in the closet (quite literally) and that the rest of the party guests are not to be trusted, either. This is one night that Janet and Brad are not likely to forget anytime soon… Trash, a breach of taboos and sexual provocation, all this is “The Rocky Horror Show”. And it is not ashamed to say so! In fact, the musical play celebrates these things, while remaining honest, even moving, all the way through and inviting us to simply turn our “guilty pleasures” into nothing but “pleasures”. “…pation!”

Richard O’Brien (*1942) is best known for writing and composing the musical play “The Rocky Horror Show”, as well as for playing the role of Riff Raff in its film version. O’Brien explained in an interview in 2009 that society’s strict gender roles made him very uneasy. “There is a continuum between male and female. […] I’m in between. Or a third sex, I could see myself as quite easily.”

The iconic film has been playing at the “Museum Lichtspiele” cinema in Munich every week since 1977. Both the film and the musical play are considered must-see, standard works of popular culture, experienced ideally in the interactive package which contains water pistol, lights, streamers and playing cards for throwing, among other things. Also at the Salzburg Landestheater singing along is expressly permitted and good mood is guaranteed with the team around Marco Dott.

Introductory Talk: 30 and 45 min before curtain up 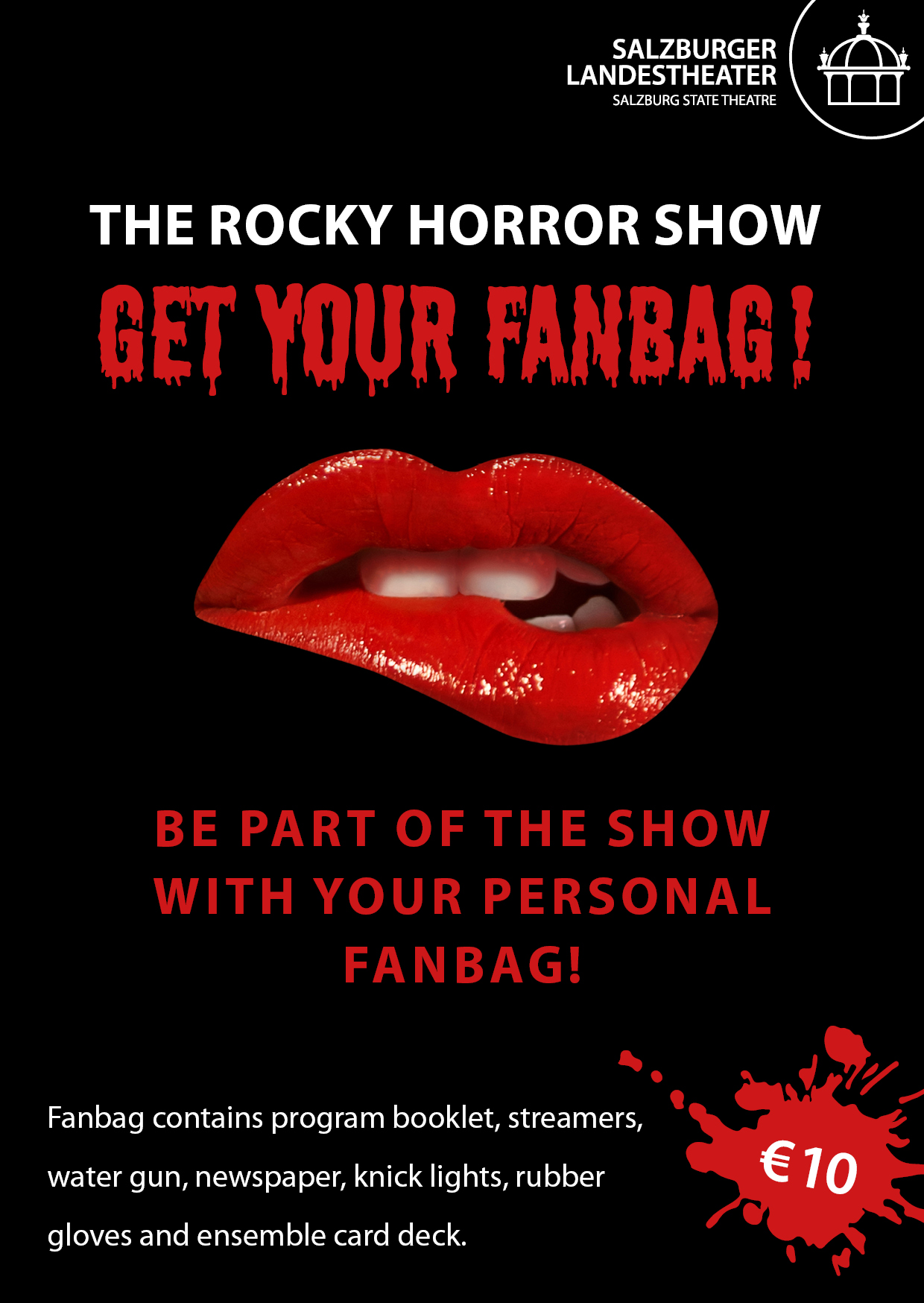 The fanbag can be selected as an extra when booking a ticket.
You will receive a voucher which you can redeem before the performance.

In order to prevent the risk of injury, please refrain from the following:
Throwing objects or whole rolls of toilet paper onto the stage, spraying the performers, open fire with sparklers or the like, throwing food (rice, toast) and water bombs.